Win / IP2Always
Win
Communities Topics Log In Sign Up
Sign In
Hot
All Posts
Settings
Win uses cookies, which are essential for the site to function. We don't want your data, nor do we share it with anyone. I accept.
DEFAULT COMMUNITIES • All General AskWin Funny Technology Animals Sports Gaming DIY Health Positive Privacy
178

Malik Sanchez AKA Smooth Sanchez Appreciation & Farewell Thread. We're gonna miss you bud. Thanks for providing some of the best moments in IRL history these past several months. You'll never be forgotten in this community. Farewell Content King! 😭👑 (i.imgur.com) APPRECIATION 🙏
posted 33 days ago by cyberpunk2077 33 days ago by cyberpunk2077 +178 / -0 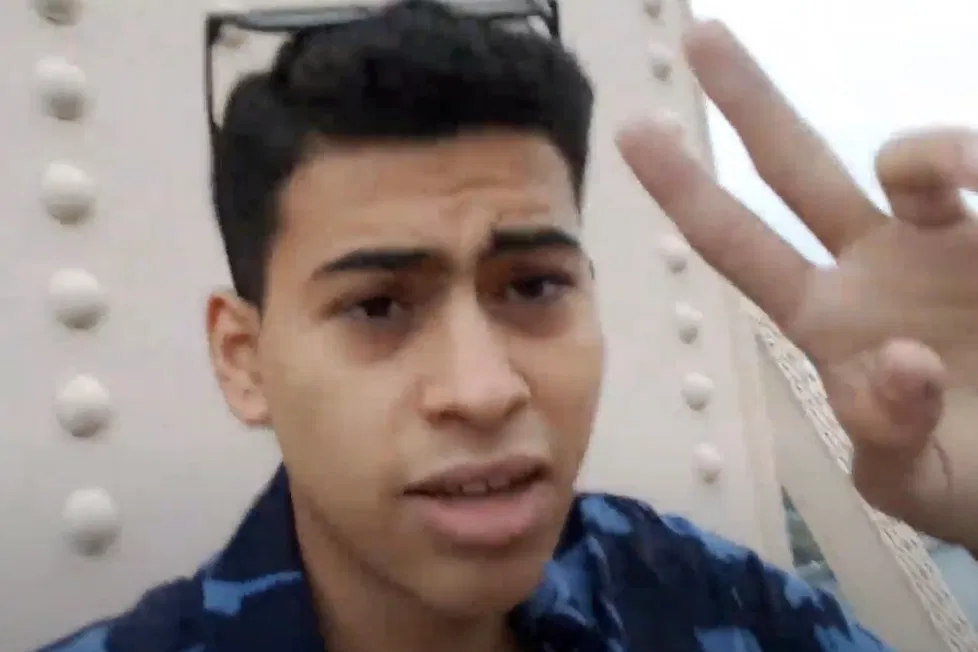 Don't care what anyone says, Sanchez was always funny as fuck and consistently entertaining

Yep. One of the best IRL streamers. Anyone who disagrees is a seething retard faggot.

Idk, feel like they’re going to make an example out of him. But here’s to hoping

He is completely and utterly fucked. This wasn't like Arab Andy where they arrested him on site. They were investigating him and building a case for months.

Which shows, as funny as it is, that the ADL is actually actively checking our site and informing the FBI. We know this based on Gypsy though Gypsy isn't really apart of IP2 (doubt he even knows what it is, 90% of his fans dont for sure). What Sanchez did isn't even a big deal, they went in because of all of the racist donos he was getting. America will be South Africa within 10 years.

No one recovers from this. His entire life is ruined, and he knows this now.

And it’s well deserved. Anyone that desperate for attention from randoms he does not even know online needs to be put down at best or put away at worst. That is an extremely dangerous individual who is capable of really the most heinous crimes known to man

Now THATS the content I like to see. He's gonna have a butthole the width of a NYC Subway Tunnel, and that's top kek

He may be able to go to mental treatment instead because he was institutionalized from the bridge incident. Hopefully he has a good defense because it would be a shame for him to lose 5 years of his life to this.

That would be the very LEAST he deserves and earned

You are other a teenager or a incel.

His content was low tier any person with a brain could see this happening.

How just for SJC

Closest to old Hampton Brandon streams for sure. Just straight walking down the street and trolling everyone you see.

No. Hampton had actual charm and picked up women with little to no effort. No girl wants to date a childish beaner who makes bomb threats.

So your a fag that cares whether or not the streamers pick up women? You are right about what you said but I didn't mean Sanchez is the same as a person as Hampton I meant his streams are similar in terms of being straight up IRL trolling everyone you see.

No that wasn't my point. My point was Brandon could be smooth one minute and then a toxic dick the next. Sanchez only knows cringe which is why I can't watch him because every thing he does makes me cringe and that's not what I like about IRL. I enjoy the real interactions people have and the jokes chat/tts makes at the expense of others. I don't enjoy a guy screaming allahu akbar at random girls trying to enjoy their lunch. Subtlety to him is a brick in the face.

Well I understand not enjoying the cringe, I personally enjoy that type of content even though I have to look away at times lol.

Some people can deal with the awkwardness but I can't. For example I love the show Impractical Jokers. Some of their shit is funny but some of the punishments are pure cringe and I have to turn it off lol

I forgot about that show but yea I enjoyed it. There shit is way less cringe than Sanchez or Speedings content though lol.

Imagine saying this a d believing what your saying lmao How you INCEL faggots destroyed the label Troll is incredible. HARRASING and terrorizing randoms is not trolling at all anyone can do that. Trolling takes subtle savvy Witt and intellect

Harassing and terrorizing is more entertaining than trolling if anything.

lmao our only content is falling one by one

one of the only ones who never did a faggot desktop stream. strictly IRL. best wishes to one of the best in this current climate of trash streamers and faggots who sit inside poverty trailers all day like skifag

he deserves a farewell banner . make it happen

Idk man I have high hopes for him. I think he'll be okay, unless they use him for an example and the judge is a total libtard cunt.

He's definitely never streaming again even if the judge gives him a light charge you can bet he will get put on probation were he can't stream on the internet just like Arab andy.

This community ALWAYS over-exaggerates how much time somebody is going to get because they don't understand how sentencing works. But sadly, at this point in time, I wouldnt be surprised if he gets the maximum.

malik is a genius

its weird his last stream was like his big climax, he went out with a bang

I'll always remember the lesbian eating disorder clothing store on 5th Ave where he got kicked out so many times that it became a running gag.

The last time he went back there was during the now-infamous February 13th stream, where he and Adolf would go in and Adolf would claim that his autistic son came to apologize. I'll never forget how the lesbian immediately pointed her finger at Sanchez exclaiming "HARASSMENT".

man this sucks his irl streams past days where good

only ones killing the network are the police & feds

Fuck man.. free the real ones.. keep the Busters, snitches, and the lames..

I genuinely feel sorry for his family or whoever is responsible for him and has to deal with this bullshit.

An article said he was living with his mother and grandmother.

People saying he was bad for actually doing IRL are fuckin retarded. If you dont like IRL go watch fuckin xQcx or some normie bullshit.

The stars that burn brightest burn out the fastest.

May peace be with you , its been real

It was great seeing him disrupt the social order, and blow NPC's minds to where they shut down and freeze. He made me laugh consistently and was pretty much the only online entertainment worth looking forward to in 2021. Moralfags can fuck off

thanks for the memories sanchez. u left ur mark when u first went viral w/ the bend the knee videos. we'll be here when u return

I guess the rank of Content King is vacant.

He was the cutest of twinks

Never mess with the Feminists in New York. He's on skid row, 10 years at Rikers island.

how many years of prison are we looking at?

i'm letting out a yerrrrrr and a reeeee in ur honor. big ups for lil sanchez

He was pushing it but sucks he's getting cracked on for jokes and normies pretending like he's an actual extremist.

Smooth sanchez is a true roach and will multiply. We never die. 🐜7

Sanchez was one of the last old school IRL types we had. Now I'm afraid the ones we have left like SS and Carl are going to see this and be like "that could've been me" and not stream as much. Hopefully this doesn't leave as big of a scar as I predict it might.

Stop doing drugs on camera or it will be you. It is funny, but not worth going to jail for.

Just don't make bomb threats and you should be ok.

He won't get any support when he is out and broken. Arab andy 2.0

I don’t have anything negative, necessarily, to say about his content, and people probably won’t like this, but kid was a retard to do what he did. Anyone dumb enough to make bomb threats deserves to face the consequences. Maybe he’ll learn his lesson this time after he gets out of big boy prison.

The king of the preteen edge lord humor side of ip2 is gone. Can't say I'll miss those embarrassing streams but at least he did irl I suppose.

Although he was funny and had edgy content , when a young spoiled kid streams it is cringe like Alice and a few others. If you climb a bridge and waste police resources if you constantly allow racist donos to play and push the boundaries you get on the radar. This kid has ruined his life and for what ? So a couple viewers could get their rocks off ? Sad !

His huge ego and being obnoxious as fuck was not content. He won't be missed by a lot of people especially the ones in NY. Press S to spit.

If he doesn't he's gonna have cockmeat sandwich daily.

Yea, not wanting to be raped and shanked by niggers makes someone a beta! Totally!

I've literally never donated to any streamer and never will nigger.